Chilled sesame spinach is a simple recipe that turns spinach and sesame seeds into the perfect cool summer side dish. Healthy and delicious! 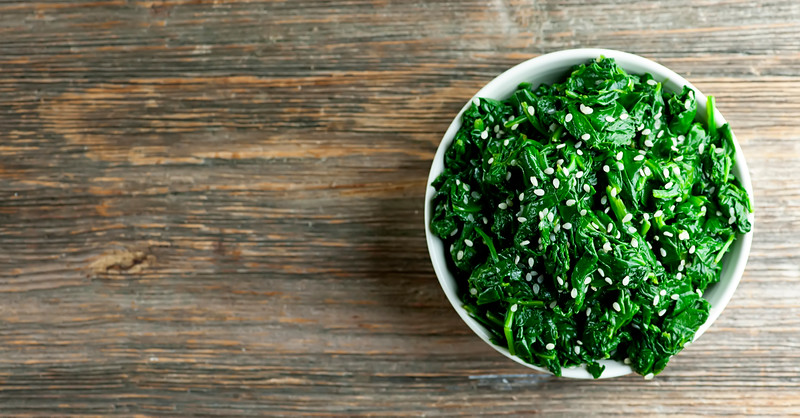 This chilled sesame spinach is officially my favorite recipe so far for Summer 2016.

And yes, I know summer is only officially a few hours old, but since I consider it summer as soon as you can start eating dinner outside, I’ve had a little extra time to make this official proclamation.

And so far, this cool, tangy, super easy bowl of deliciousness is my happy healthy go-to summer side dish.  Please don’t tell the corn and the tomatoes (their turn will come!)…but for now chilled sesame spinach wins the summer day.  Let’s make it!

You can make this dish with any kind of spinach, but I like baby spinach the best.  It’s nice and tender, and you can usually get it pre-washed, which saves you the step of rinsing and also cutting all the stems off of the bigger spinach leaves.

But either variety will work and taste just fine!  You are going to dunk your spinach leaves into some briskly boiling water just until it is wilted, which is literally going to take all of about 30 seconds.

Dump it into a strainer and then transfer it to a bowl of ice water – this is where the chilling down starts!

Swirl it around for another 30 seconds and then drain it again.  Now using your hands, squeeze every drop of liquid you can get out of it – and when you are done, squeeze it once again for good luck.  Spinach is absorbent stuff!

Now transfer it to a cutting board and give it a nice rough chop and pop it into a mixing bowl while you whisk up the sauce.

The sauce is a quick mixture of sesame oil, soy sauce, rice wine vinegar and of course sesame seeds!

Shake it all up, pour it over the spinach and that’s it!  Your perfect summer side dish is finished. 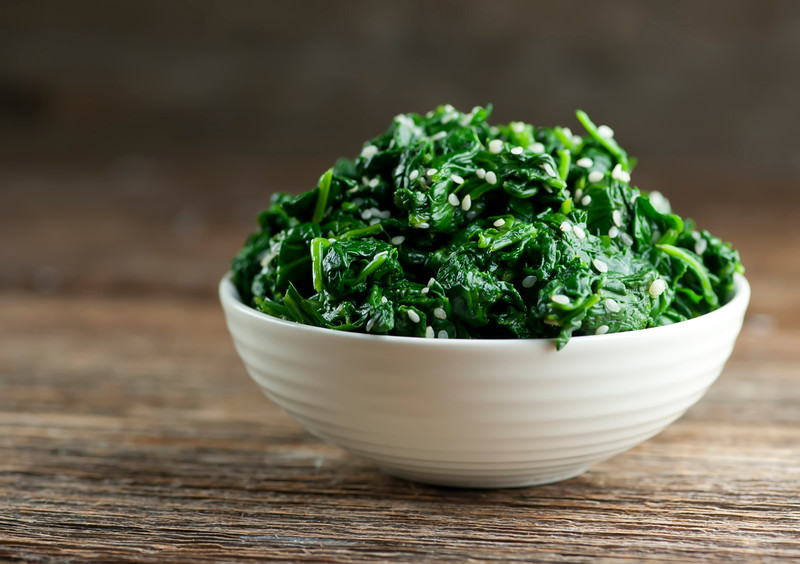 You can either pop it in the fridge for more chilling, or you can enjoy it exactly as is.

Chilled sesame spinach is a simple recipe that turns spinach and sesame seeds into the perfect cool summer side dish. Healthy and delicious!

Last Post:
The Way Life Should Be, or Pasta with Lobster
Next Post:
Potato Salad with Bacon and Parsley