Looking for the perfect bacon egg and cheese on an English Muffin? Here is a recipe for the best breakfast sandwich EVER…spinach optional!

PIN this recipe for the best breakfast sandwich now… So you can make it later!

One of my favorite, favorite, favorite sandwiches is the classic bacon egg and cheese on a roll.  You know, the same one that is on every great diner menu you’ve ever seen, and I’ve also had some terrific ones at a few fancy restaurants as well.

And while I’ve done my own more exotic version of this sandwich, sometimes I just get a craving for the old classic.  And while you would think the old classic would be pretty straightforward.

But no. I have some issues to discuss.

My first pet peeve about the bacon and egg sandwiches that you usually get at the diner is that you often have to pick between soft creamy egg and soft creamy cheese.

I want my egg soft and and my cheese melted, dang it!

So my first modification was to use a quick and easy cheese sauce instead of the usual slice of American or cheddar.

I had a hunk of Velveeta left over from the grilled cheese sandwich casserole I made a little while ago, and it melted up in two shakes with a little butter and flour.  Pet peeve number one solved!

My second issue is the big old roll that these often come on.  All that bread just seems to get in the way of the stars of the show, which are the bacon, the egg and the cheese.

So, I flipped over to an English muffin, which I toasted up just enough to have a little crispiness but so that it was still soft enough to bite into without it cracking.

Now, you’ll notice that there is a little spinach on this sandwich.  This is definitely a departure from the classic, but I had some spinach in my fridge, and it added a nice little balance to the salty bacon and cheese and the creamy egg.

Now that I have all that off my chest, let’s do this thing!

ingredients you need to make the best breakfast sandwich ever!

Here’s how to make the best breakfast sandwich ever!

STEP 1: Make your bacon first so that’s all ready to go – I find that one piece cut in half is just the right amount per sandwich.  And I always make this sandwich with my beloved recipe for cornmeal brown sugar bacon. But regular bacon is just fine as well!

STEP 2: Then split and toast your English muffins so they are ready and waiting.

STEP 3: If you are having spinach, saute that up next – I use baby spinach and I cook it up with a teeny bit of olive oil right on the stovetop.

STEP 4: Next comes the cheese sauce, which takes about 5 minutes (and I know, this is a lot of pots and pans but I promise it is Worth It!). Melt up a little butter and flour and milk, and then stir in some cubed Velveeta until it is melted. Yes, you have to use Velveeta. Some things just NEED it.

STEP 5: Last but not last, cook up your eggs.  Over easy, which means cooking the egg in a little butter just until the white is turning white and solid, flipping it carefully and cooking the other side for about 30 seconds.

2. A generous spoonful of spinach (optional!)

3. A spoonful of cheese sauce

6. A bigger spoonful of cheese sauce

And now please take a nice big bite as soon as humanly possible.  Take another.

More tips for making the best breakfast sandwich EVER!

Can I scramble the eggs instead of frying them?

Of course you can! You be you, egg-wise. It will be just as delicious, if you are a scrambled egg type of person.

Do I have to use Velveeta?

You pretty much do, because of the melting thing. If you really can’t bring yourself to get that chunk of Velveeta, you can swap out regular old American cheese, which also melts nice and smoothly.

Can I make any of this ahead?

You can make the bacon and the spinach ahead…just make sure they are both at room temperature when you start the rest of the sandwich.

Pop it in the comments and I will answer pronto!

Realize that that as great as this is for breakfast, there is no reason that you can’t make it again for lunch and dinner.  Be very happy.

Like the looks of this recipe? Pin it now so you can make it later! 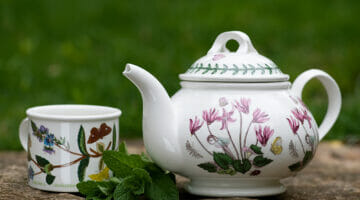 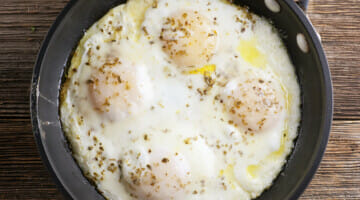 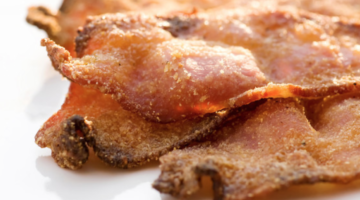 Here’s the recipe for the best breakfast sandwich EVER. Crispy bacon, melty cheese, creamy egg all on a buttered English muffin…spinach optional!

OTHER BREAKFAST SANDWICH RECIPES WE LOVE! 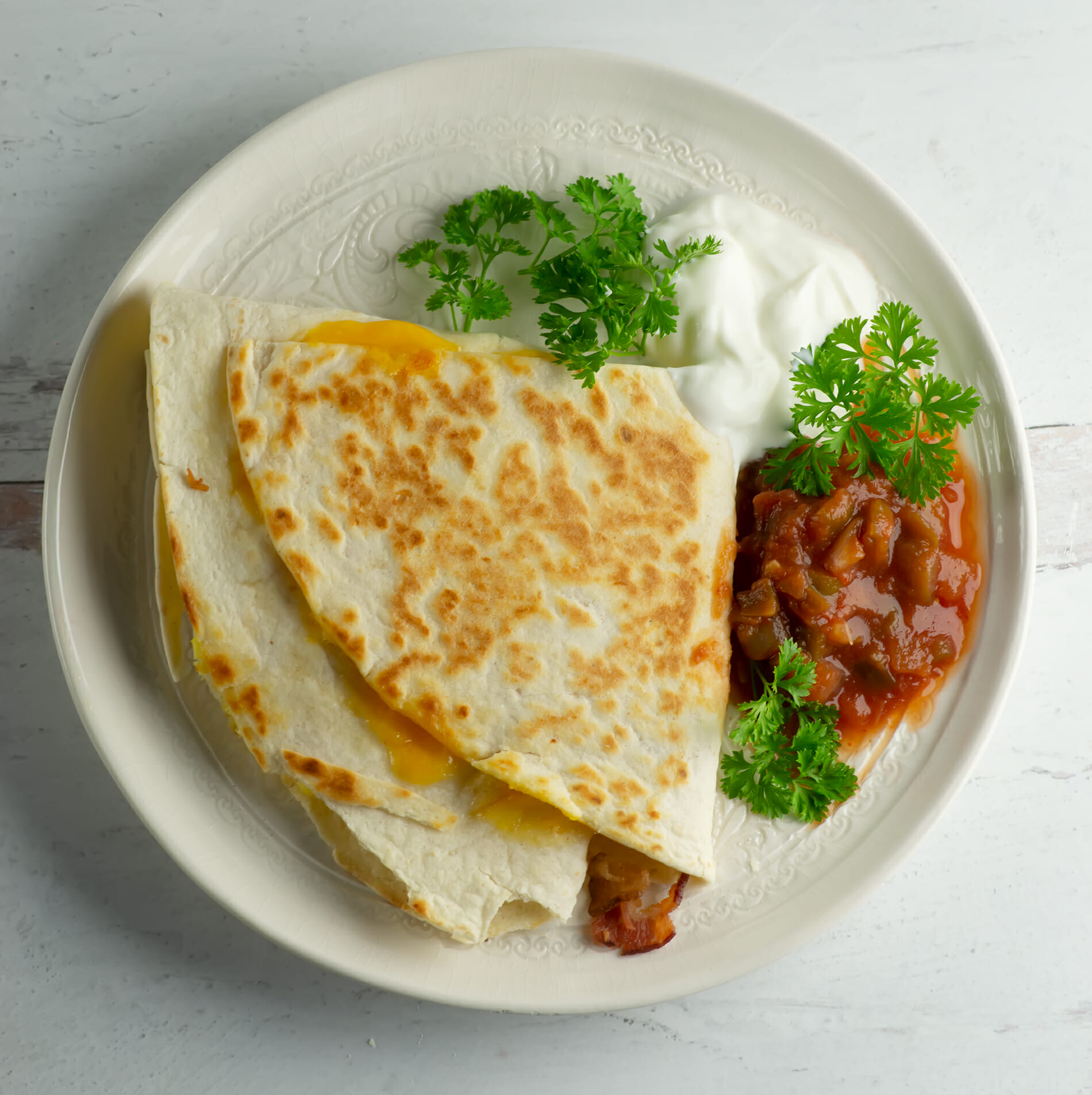 Folded Breakfast Quesadillas
This easy recipe for folded breakfast quesadillas features bacon, eggs and cheese for a festive and delicious start to your day! 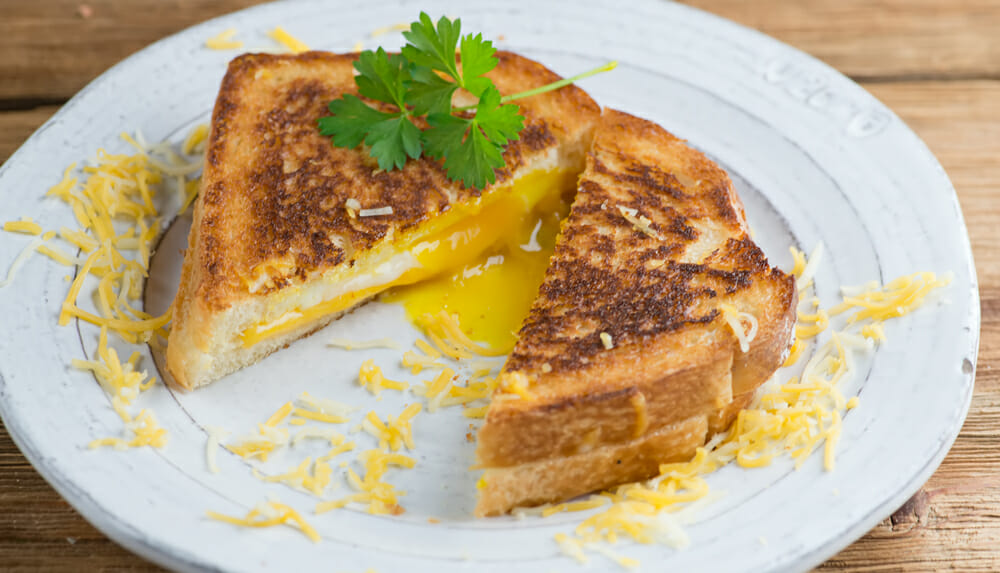