The secret to the fluffiest crumb cake ever? Orange juice! 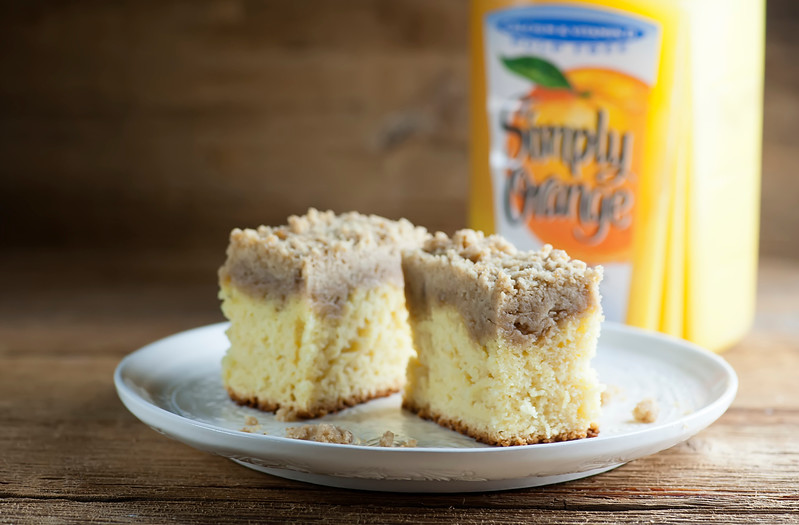 I admit it freely: I have zero self-control when it comes to crumb cake.  And usually that mainly applies to the crumb part: that gorgeous, sweet, crumbly-crunchy conglomeration of butter/sugar/cinnamon goodness, the thicker the better.  Up until now, the cake part was simply a vehicle to deliver the crumb part, and I have been known on more than one occasion to eat the crumb part and toss the cake part.  Until now.  Until I discovered the secret to delectable crumb cake fluffiness.

Orange juice.  Yep.  And so this recipe for orange juice crumb cake was born.  And as usual, it has a fun origin story.  Let’s make it!

So, even though it might seem from this website like I spend my day in the kitchen cooking anything I can manage to sneak bacon into and then taking its picture, I do have a day job that I love to pieces.  Here I am in my other natural habitat.

The NYC offices of HarperCollins Children’s Books and HarperTeen.  Usually I hang out with my editors in our offices, but recently I had a bunch of them over to my house for a day long brainstorm meeting, where we talked for hours about all things children’s books, and had scrumptious breakfast and lunch and snacks that my mama made for us.

My mama being my mama, she brought over enough for all of us to have breakfast for a week.  And so I had two bottles of this left over. 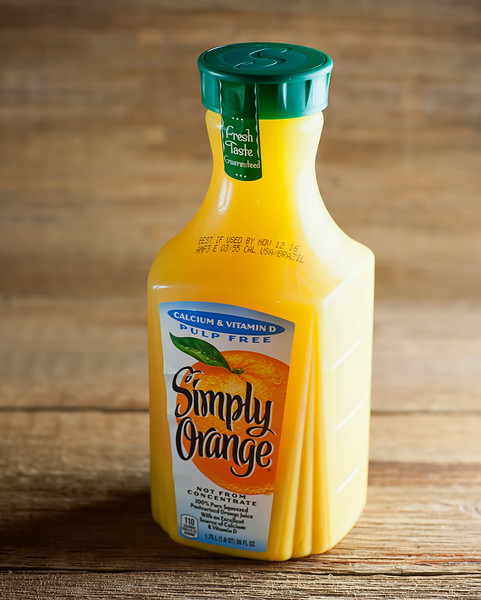 (And just for the record, the Simply Orange people don’t know me or this website from a hole in the wall.  It was the kind my mama brought, so there you have it.)

The Southern husband and I are not big orange juice drinkers in general.  We like it, but since we are generally grabbing breakfast on the go, we don’t usually have juice.

But I couldn’t bear to see all that OJ go to waste.  Why on earth it occurred to me that I should try making a crumb cake with it is beyond me, but I did.

I made a giant one.  And then I brought it into the office so all my other wonderful work buddies could have some, but not before I sampled it.  Several times.  Because, you know, quality control.

And while I was at first totally focussed on the crumb topping part, I realized that the cake part was…fabulous.  Light.  Fluffy.  Just a teeny tiny hint of orange flavor.