This recipe for poor man’s lobster uses sweet monkfish filets and an easy tomato sauce to give the flavor of a lobster dinner without all the struggle of the lobster shells. If you’ve never tried monkfish, this is an easy and scrumptious way to try it out. And I’m promising you lobster-lovers, you need to try it out! 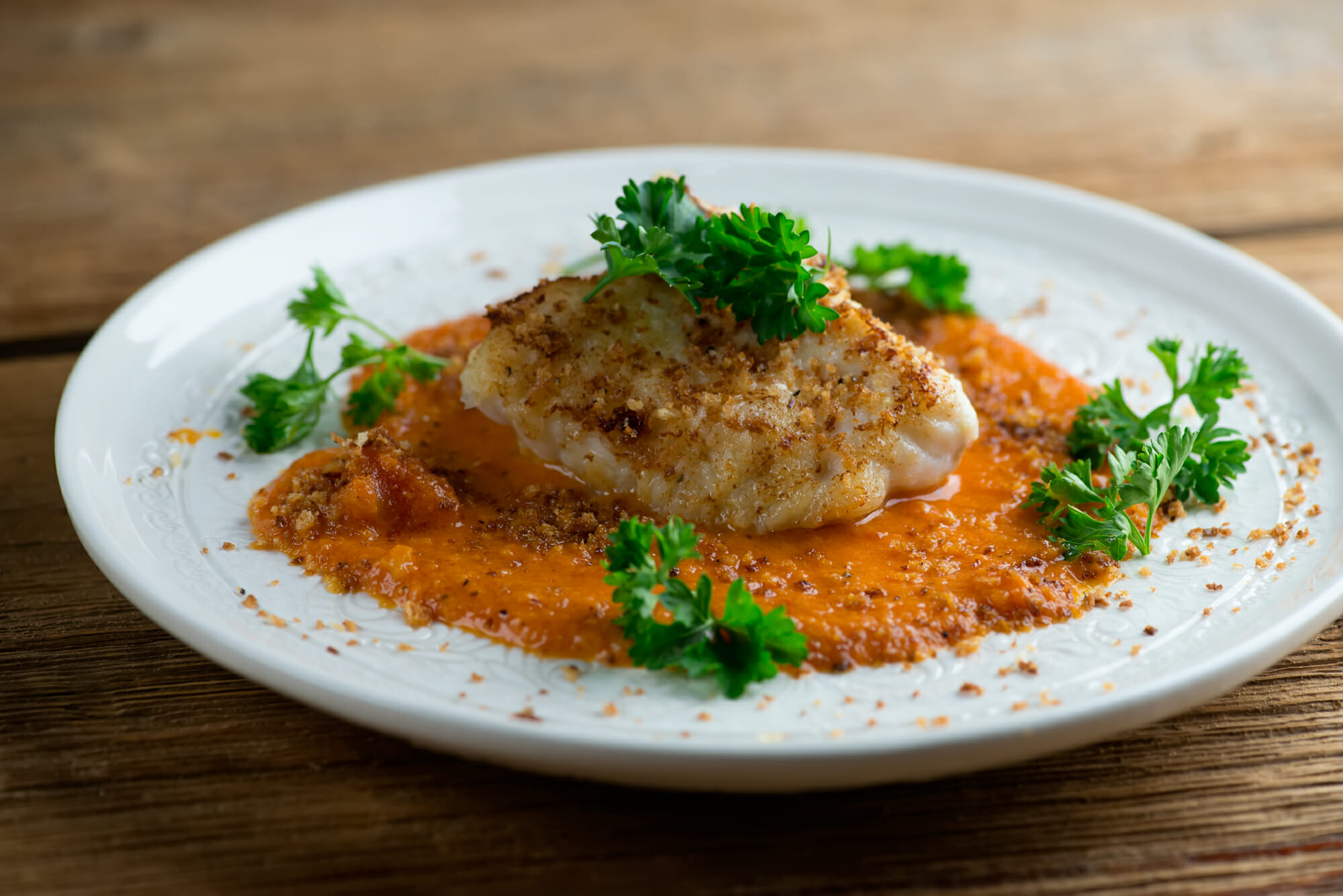 You’re intrigued, right?  Because (like me!) you love lobster but you (like me!) always pause a little at the thought of wrangling those scrumptious crustaceans.  Not that we aren’t entitled to a little lobster now and then, but there is a much easier, somewhat less expensive alternative that I’m needing you to try.

What Is A Monkfish Anyway? And Why Is It Called Poor Man’s Lobster?

Monkfish is a completely terrifying-looking fish (Google it at your own peril) that has a sweet, firm texture that is very similar to lobster.  Unlike lobster you can buy it in boneless filet form, meaning no battling with shells. (That sound you just heard was the Southern husband cheering!).

Before everyone caught on to the fact that monkfish was as scrumptious as lobster and a lot easier to deal with, it also used to be a lot cheaper.  It’s still not as pricy as lobster, but it’s not a bargain-basement priced fishie either.  That being said, it’s being carried in more and more supermarkets – I got mine at Wegman’s – and it’s something you need to add to your must-try list.

Here’s How To Cook Monkfish!

My favorite way to cook up monkfish is by roasting it in the oven while whipping up a super simple tomato sauce to pour over the top of it.  I start by putting a simple tomato sauce on the stove to simmer away.  While that is happening, I cut my cooperative monkfish filets into single-serving pieces, sear them in butter for a couple of minutes on the stovetop, and then pop them into the oven to finish cooking while the sauce finishes.

Last but not least I sauté up a small skillet of breadcrumbs until they are golden and crispy.  When everything is ready, I give the sauce a quick whirl in the blender and then ladle a puddle on to everyone’s plate.  Pop the roasted monkfish on top, garnish with some breadcrumbs and fresh parsley and there you have it!  A tender, scrumptious plate of poor man’s lobster.

In other news that has nothing to do with monkfish, here’s a picture of the Southern husband’s prize waterlilies.  They came into bloom this past week, and I just had to share the cheeriness.  Every year I agonize about snipping off one bloom and bringing it inside, and every year I just can’t bring myself to do it because they look so happy in our pond. 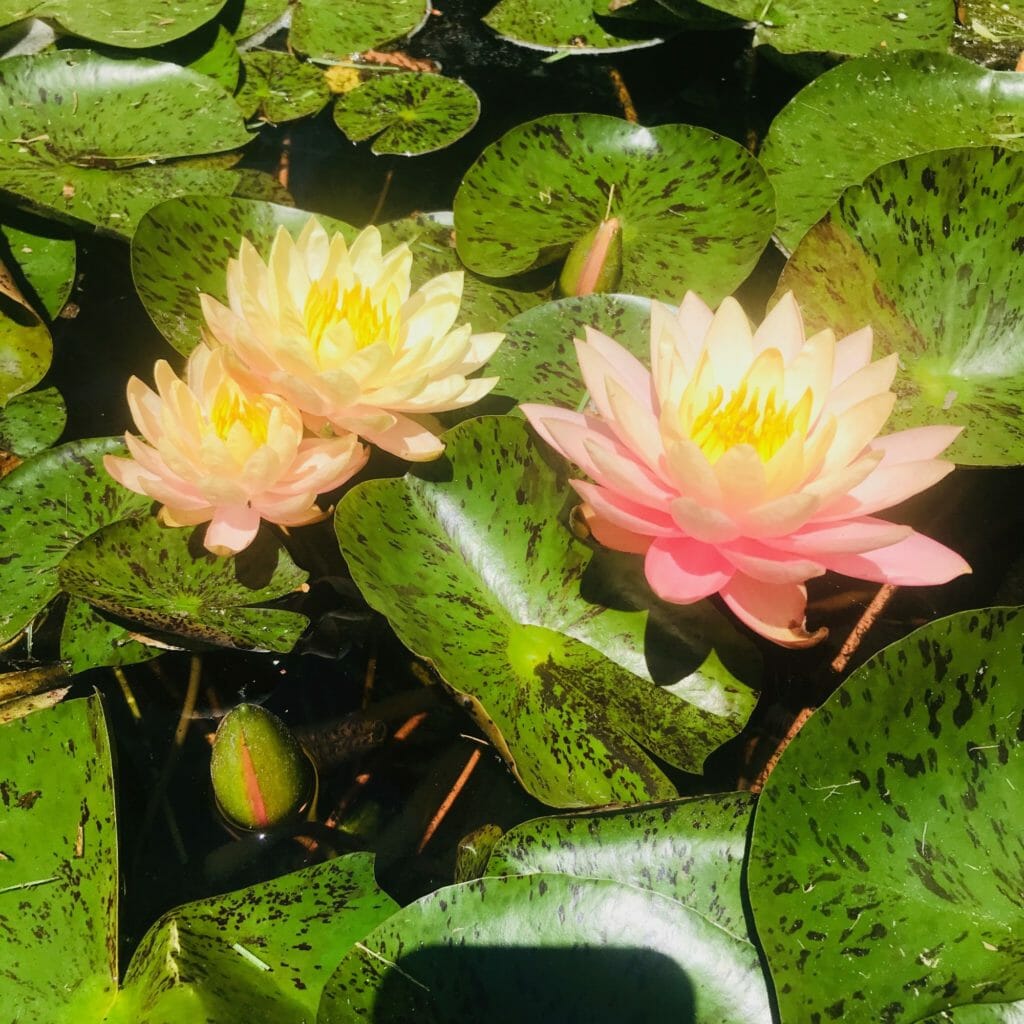 I think that is all I have to say about both monkfish and waterlilies.  Except that they are both fabulous!

This recipe for poor man’s lobster uses sweet monkfish filets and an easy tomato sauce to give the flavor of a lobster dinner at a fraction of the price!