This recipe for spaghetti with buttered broccoli clam sauce is an easy and delicious new spin on this old classic pasta favorite. 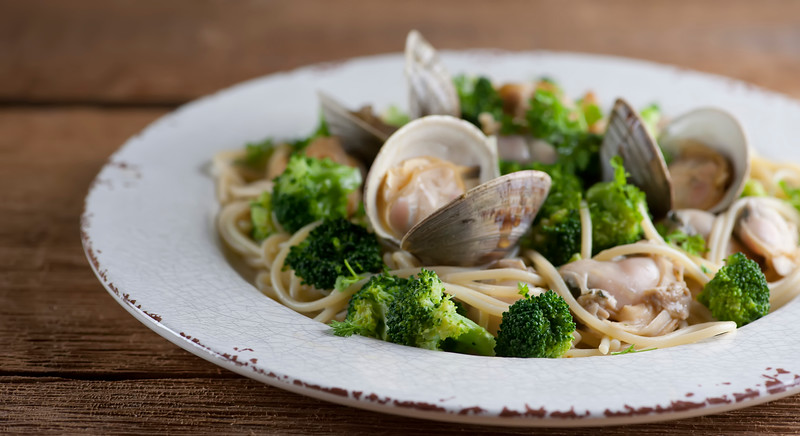 I am a big lover of that old classic, linguine with clam sauce.  The red kind, the white kind…either way, I am a happy girl.  And I do have a recipe that I love and adore for linguine with clam sauce, but that doesn’t mean I’m not always experimenting with variations on the theme, which is how this recipe for spaghetti with buttered broccoli clam sauce was born.  Fresh whole clams, cheery broccoli and a buttery wine sauce…it’s a whole new spin on pasta with clam sauce.  Let’s make it! It all started when our local market was having a sale on fresh clams, and I had visions of the beautiful picture I was going to take with the pretty clam shells all nestled in the pasta. Then I thought about it a little more, and I realized that taking the clam meat out of the shells before adding them to the pasta would make things SO much easier, eating-wise.  Which meant two things. 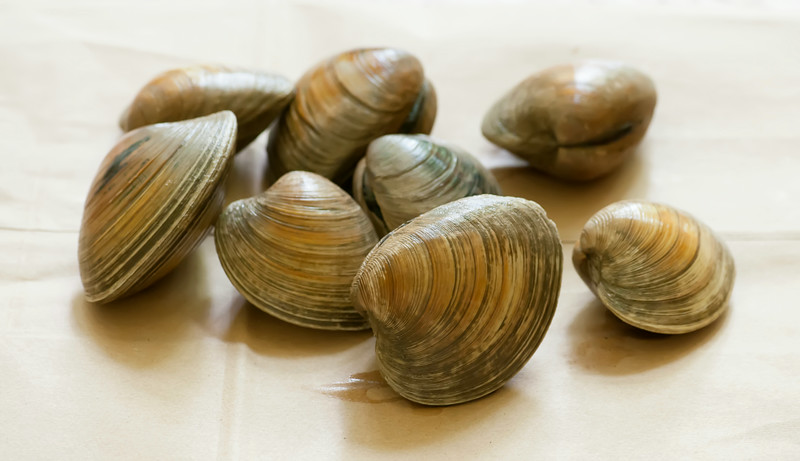 2. I had to tell the Southern husband that he won the lucky job of taking all the clam meat out of all the clams.  (Which he did with his usual happy attitude towards life, and which took him about 3 minutes, before you start feeling all sorry for him.)

After that it was smooth sailing.  The broccoli and pasta cooks up in the same pot.  Meantime you make a quick sauce of the reserved clam juice and a little butter.  Toss the whole thing together – the pasta and broccoli, the clam meat, the butter sauce, some parsley and red pepper and you are done!  A glorious pasta that tastes of summer and the ocean…or as we Jersey girls say, tastes of down the shore.

The Southern husband went on and on about how delicious this one was, and I assured him it was primarily because of how the clams were removed from the clam shells.  Hey, it’s important to keep the kitchen help happy and motivated, right?

And of course I couldn’t resist adding just a couple of clams in the shells for the picture.  :) 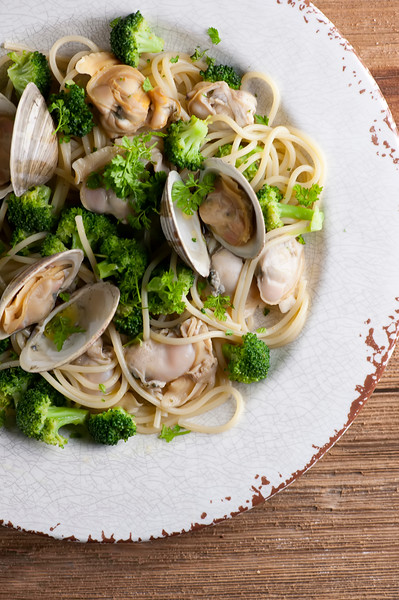 So the next time you see some fresh clams at your supermarket shake up your pasta with this recipe for spaghetti with buttered broccoli clam sauce!