Chicken Diane uses the flavors of lemon, mustard and brandy to turn ordinary chicken into something elegant!

PIN this recipe for Chicken Diane now… So you can make it later!

Why we love this recipe

One of the Southern husband’s very very favorite fancy dinners is Steak Diane, and the great thing about Steak Diane is that it is a fancy dinner that is not so fancy to make.

Diane sauce is a quick and easy little number made with pan juices, mustard, brandy and a few other little things, and takes all of about 2 minutes to make.

So since I have this obsessive habit of taking a perfectly innocent recipe and rejiggering it (please see my Beef Stroganoff Casserole as evidence), I decided to turn Steak Diane into Chicken Diane.  Because why not?

Meantime, can we just pause on the whole Diane thing for a minute?

The last time I made this I asked on my Facebook and Twitter pages why it was called Diane, and the general consensus is that it was named for Diana, goddess of the hunt, and refers to a sharp and spicy sauce that was used to tenderize the tough cuts of venison meat back in the day.

Veering off on a total and complete tangent, I am completely unable to eat venison ever since this guy wandered into my back yard a couple of years ago.

Somehow he had gotten into on the opposite side of our stone wall from his mama, and the Southern husband had to lift him over the wall, and that was the end of venison for me.

One day I will develop a close personal relationship with a chicken and this dish will forever come off the menu as well.  But I digress!

Back to the whole Diane thing, I’ve also heard that it was created at the Copacabana Palace Hotel in Rio, and at the Drake Hotel in New York City, and if you have other ideas I’d love to hear ’em.

For me, it reminds me that I have a variety of good friends named Diane, starting with one of my best buddies in college.

And then there is my friend Diane who has not only been a wonderful supporter of this here website, but also got her dad hooked on it.  Hi Diane’s dad!  Here’s a pretty picture of your lovely daughter!

So now that you know all the Dianes that I do, let’s get on down to the recipe.

Ingredients you need to make this retro chicken recipe

STEP 1: Saute a few nice thin chicken cutlets until they are just done – about 4 minutes per side. You want them to be nice and tender for this easy fanciness.  Once the chicken is done, you’re going to take it out of the pan and make the Diane sauce.

STEP 2: Toss in some chopped chives and parsley, a little lemon juice, some Dijon mustard and a little chicken broth and whisk whisk whisk.  Once everything is combined and heated (literally about a minute or two), whisk in a little bit of soft butter.

STEP 3: Steak Diane is traditionally finished with cream, but finishing with the butter (and do NOT leave butter out, I’m begging you) makes it a little bit lighter and doesn’t overwhelm your chicken.

STEP 4: Now pour a little puddle of Diane sauce on each plate,  arrange a chicken cutlet nicely on top of each puddle and drizzle them generously with the rest of the Diane sauce.

I find it works best to tip the sauce from the pan into a Pyrex measuring cup at the very beginning – that makes it super-easy to pour in the elegant way you want to pour it.  I served my Chicken Diane with oven-roasted asparagus, which was just about perfect.

Can I make Chicken Diane with chicken thighs?

As long as they are boneless and you pound them nice and thin, go for it! They might take an extra minute or two to cook – if you have a meat thermometer you are aiming for 165 degrees.

Can I leave out the brandy?

You bet. The sauce will be a little milder, but it will still be scrumptious!

Pop your question in the comments section below and I promise to answer pronto!

And there you have it – Chicken Diane!  Elegant and easy enough for a Monday night, and what could be better than that?

Like the looks of this chicken recipe? Pin it now, so you can make it later!

Chicken Diane uses the flavors of lemon, mustard and brandy to turn ordinary chicken into something elegant!

OTHER EASY BUT FANCY CHICKEN RECIPES WE LOVE! 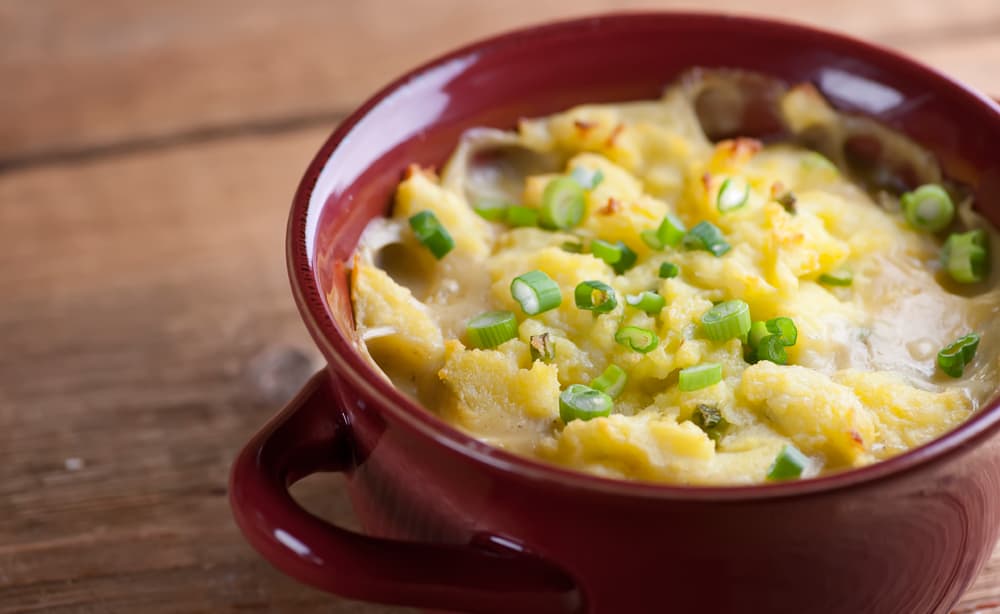 Chicken Pot Pie with Mashed Potato Crust
I do love a good pot pie, and I love it even more when the pot pie crust is made out of creamy, dreamy mashed potatoes. 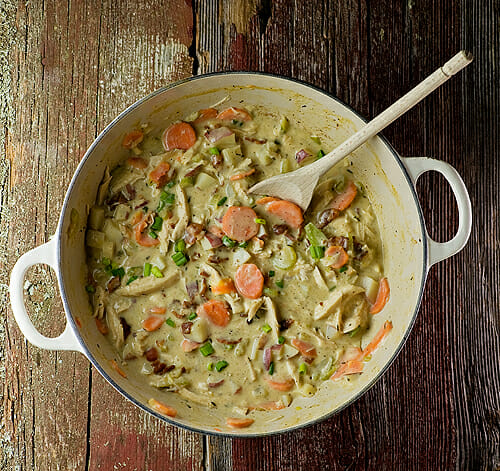 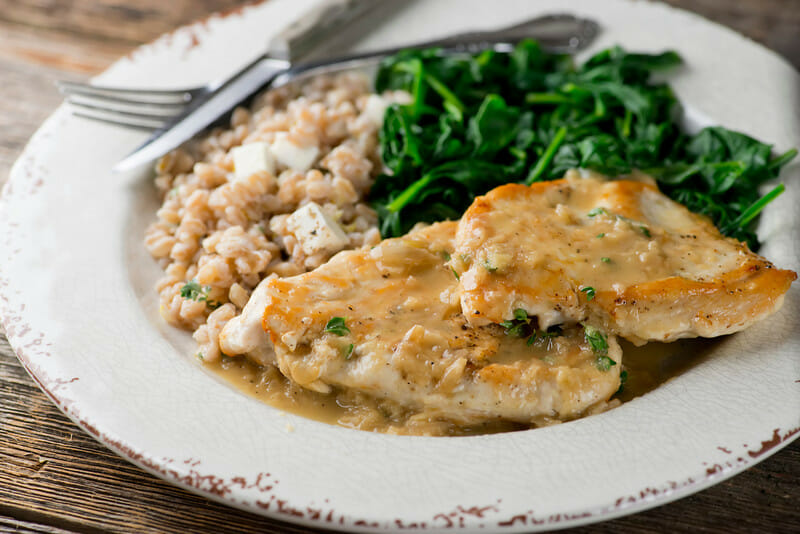