This recipe for Grandma’s cinnamon buns gives you everything you hope for in this classic breakfast pastry, down to the sweet sugar glaze! 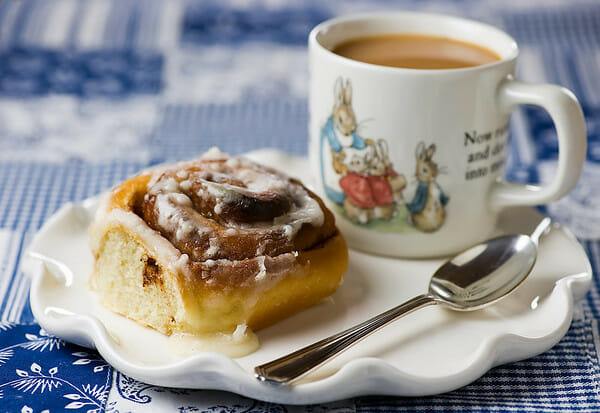 Full disclosure, I am purely the photographer when it comes to these cinnamon buns. Well, and the eater of WAY more of them than I should be. But they are the BEST cinnamon buns I have ever tasted, and believe me, I have taken every available opportunity to do exhaustive research on this topic, from Cinnabon on down the line.

So here’s the background information on this. This weekend I got to do a nice long portrait session with my nephew, aka The Most Beautiful Baby Boy On The Planet. 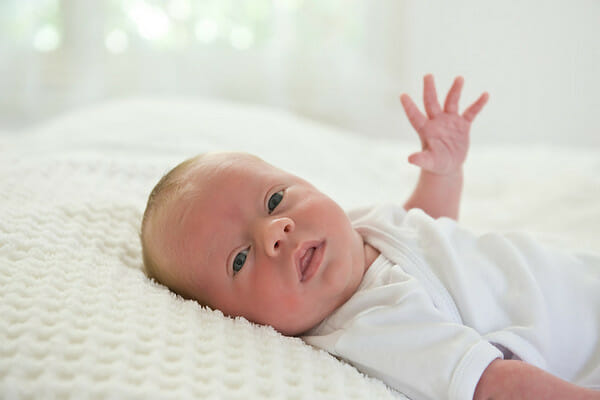 See what I mean?

Anyway, we knew this portrait project was going to take a good long time, because we ultimately we needed him to fall asleep so that I could get some of those delicious angelic sleeping baby shots, and so his grandma offered to make lunch for everyone involved.

And there were a lot of people involved. It takes a village to photograph such adorableness.

And they looked very lovely, but like basic cinnamon rolls. I was in the zone, photographing away, and grabbed a sandwich but thought, oh, I will have one of those later. Because a cinnamon roll is a cinnamon roll, right?

These are incredible. Light, sweet, airy dough. Just the right amount of cinnamon swirled inside, especially at the center part of the roll. You know that part I’m talking about, right? Cinnamon roll nirvana? Yes, that part. And a light, sweet frosting on top of all of them.

Later that day after everyone had gone home and I finally had one, I thanked my lucky stars that my mom always makes enough for leftovers.

Because believe me, I am guarding the rest of these little gems like a hawk. I am thinking about charging admission for them.

Did we get the adorable sleeping baby picture, you are wondering?

And for something ALMOST as sweet, here is the recipe for his grandma’s cinnamon buns!

This recipe for Grandma’s cinnamon buns gives you everything you hope for in this classic breakfast pastry, down to the sweet sugar glaze!