This elegant and easy recipe for pears in vanilla cream sauce  bakes up in no time for an elegant, creamy, dreamy dessert full of poached pear flavor. Baked pears never tasted so good! 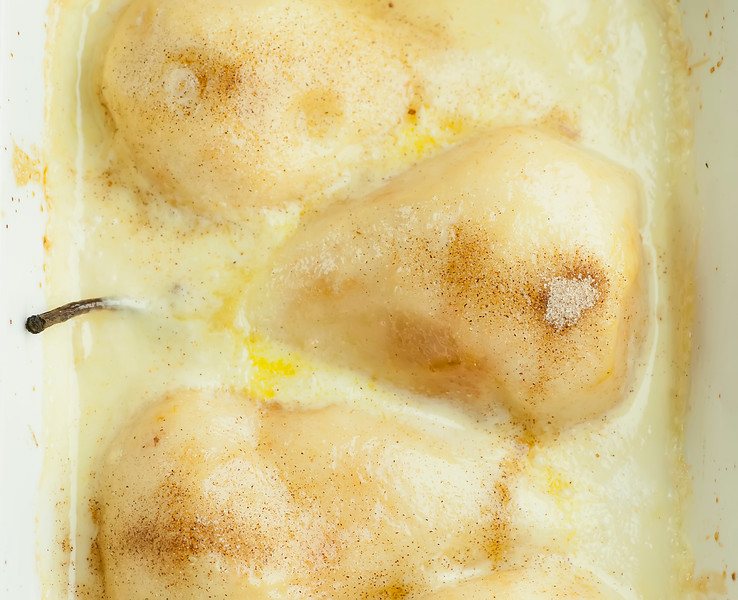 I am a great believer that every once in a while, you should throw your family a total curve ball at dinner time.  As in, something that they would never in their wildest dreams have expected to find on their supper plate.  In our house, that means, yes, dessert for dinner.  And so one night not so long ago, I served up a warm, creamy, cinnamon-sugary pears in vanilla cream sauce.  It’s an easy and elegant dessert that would be the perfect ending to a special occasion dinner party, but when you serve it up on a Tuesday night for supper?  It might taste even better!

The Southern husband did know that something pear-oriented was coming his way, because earlier in the week he himself took the following pictures of me doing that thing I do.

I’m sure I’m an endless source of entertainment for the neighbors.

My trusty assistant was guarding the pears throughout the process. 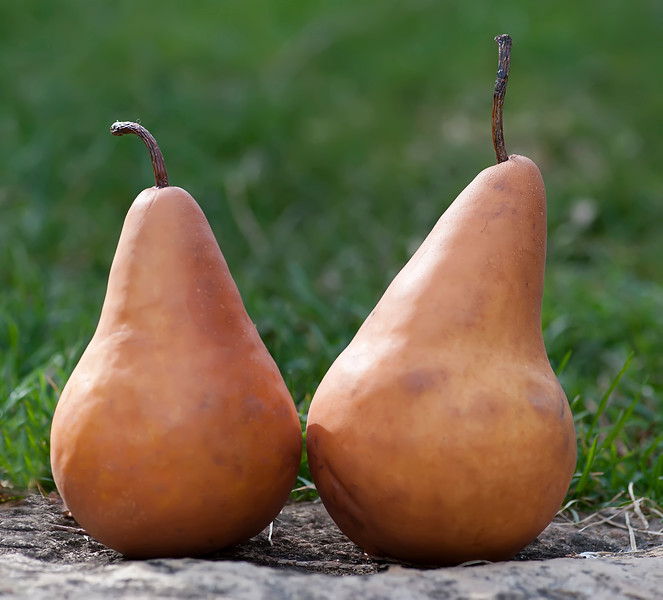 And this recipe comes together so incredibly quickly that he didn’t even catch on as I was making it.  So it was a total surprise. Win!

Here’s what happens: peel a couple of ripe pears and cut them in half length-wise.  Scoop out the core and lay them face down in a buttered baking dish.  Sprinkle them with butter and sugar… 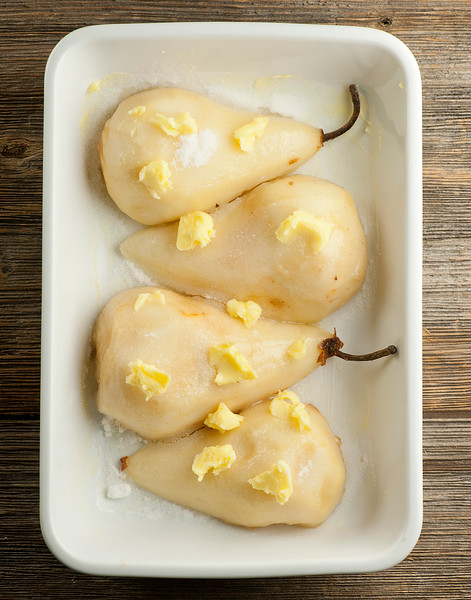 …and bake them until the are nice and soft.  Then pour a mixture of heavy cream and vanilla on top and bake for a few minutes more.  Sprinkle them with cinnamon sugar, let them cool for another 15 minutes…and that’s all there is too it! 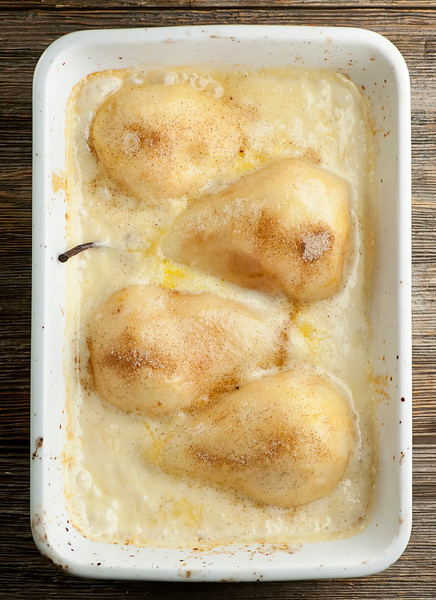 Creamy, sweet pear deliciousness.  So pull this recipe out for your next fabulous dinner party…or even better, on an ordinary Tuesday night!

Still Hungry?  Click on the title of these delicious pear recipes!

This elegant and easy pear creme caramel recipe bakes up in no time for an elegant, creamy, dreamy dessert.