THIS CHICKEN.  Get ready for the most tender and flavorful chicken you’ve ever had in this recipe for Jamie Oliver’s Chicken baked in milk…fall apart deliciousness! 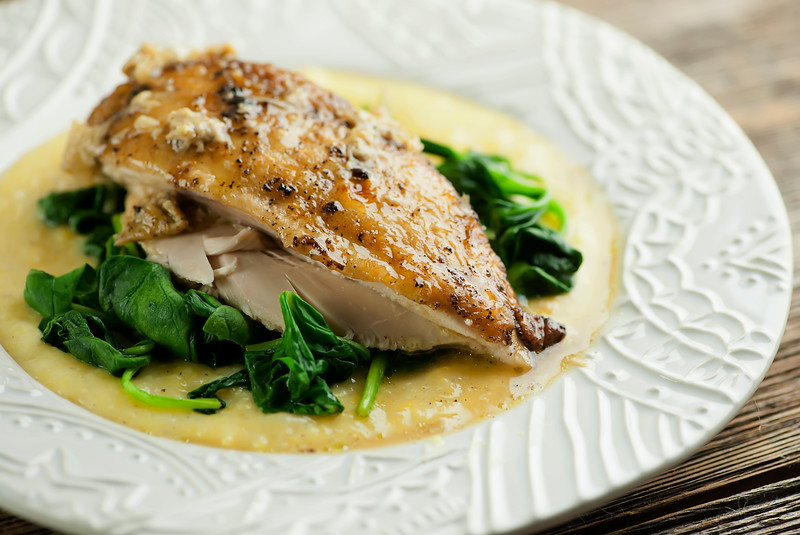 THIS CHICKEN CHANGES EVERYTHING.  I think I ran around my kitchen saying that over and over again after I snuck the first bite (okay, the first 5 or 6 bites) as I was serving it up.

This comes from Jamie Oliver’s recipe, and I had heard about it so many times that I finally had to see what all the rhapsodizing was about.

Cooking a chicken in milk is a little offbeat, but the Southern husband and I love cooking pork chops in milk – we’ve done it for years – and so I thought what the heck.

I got myself a chicken and some milk…but little did I know that this was going to be one those days that a recipe rocked my world.  I  love it when that happens.

I was expecting something like the pork chop recipe, which makes a thick milk gravy as it cooks.  But nope.

This chicken cooks with a generous amount of lemon, which works with the milk to create a light and lovely sauce that has a hint of lemon flavor and is full of tender, delectable, slightly cheesy milk curds – you can see a few of them on the chicken in the picture above.

When I was done with mine it was really hard not to steal the Southern husband’s little milk curds right off his plate.

And the chicken!  Probably the most tender, most flavorful chicken I have ever made.  And I just checked my chicken archives on this here blog – I have 236 chicken recipes counting this one.  So  I’ve had significant chicken-eating experience.

I think it probably has something to do with the milk tenderizing the chicken, but I prefer to think of it as magic.  Because it tastes like magic.

I carved up my chicken into nice big chunks – it is almost too tender to slice, and nestled it in a bed of baby spinach and polenta, with every drop of that delectable sauce drizzled on top. 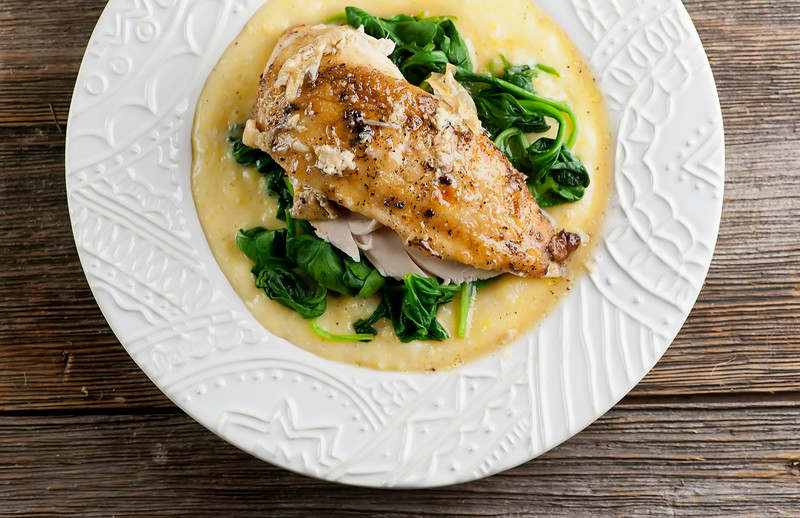 And then we started eating it, and I think we didn’t say a word until both of our plates were completely clean.  Because who wants to waste time talking when you have a plate of world-rocking chicken in front of you.

So here is my very slightly American-ized version of this genius recipe.  And here is Jamie’s latest cookbook, all about veggies, which I think we all need to run out and buy in pure unadulterated thanks for the whole chicken and milk thing.  Because IMAGINE what he can do with veggies!

My only problem now will be ever making chicken another way again.  Although, eating chicken cooked in milk for the rest of my life?

I think I would be good with that.

Get ready for the most tender and flavorful chicken you’ve ever had in this recipe that calls for cooking it in milk with lemon and sage.