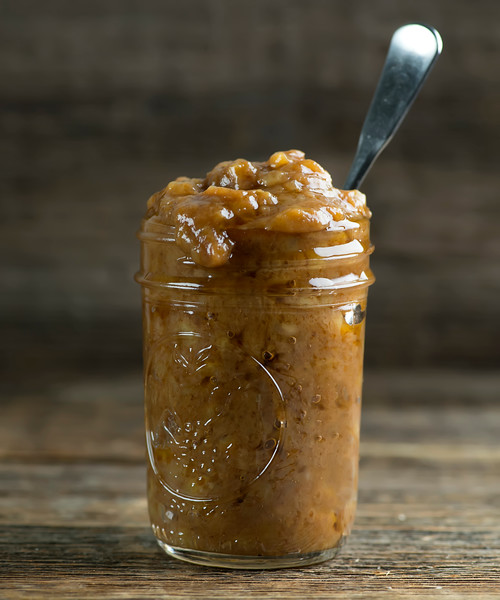 I will spare you a picture of the – shall we say – aged? bananas that were lounging on my countertop, but trust me when I say they were past the prime of their banana lives.  So while their chances of anyone peeling them for an afternoon snack were long gone, they were absolutely perfect candidates for banana jam.

Here’s How You Make Banana Jam!

Mush those bananas up and pop them in a small heavy saucepan with a little brown sugar, some lemon juice and some butter.

By this point, everything will be melted together and delectable.  Don’t worry if it still looks runny – it’s going to thicken up a little bit more as it cools off. Remember that this is banana jam, not jelly, so it is always going to be a little soft (think apple butter-ish), but that is going to come in handy on the various things you can use it for.  More on that later.

So, taste a test spoonful, add a little vanilla and cinnamon, take another test spoonful, and add more or leave it as is…you get the idea!  Once the taste is good and perfect, let it cool off to room temperature.  And then….oh, and then!

Then you get to try all the things that are possible with banana jam.  Such as…