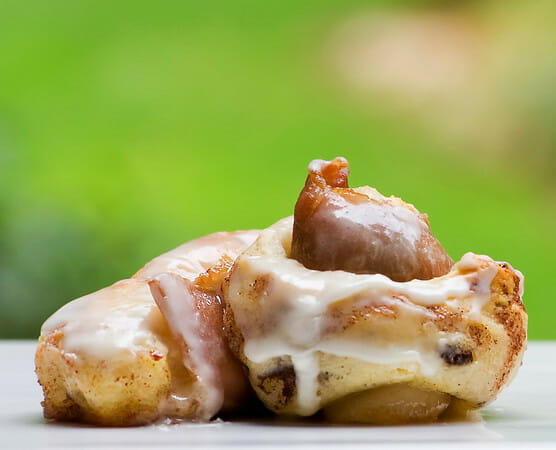 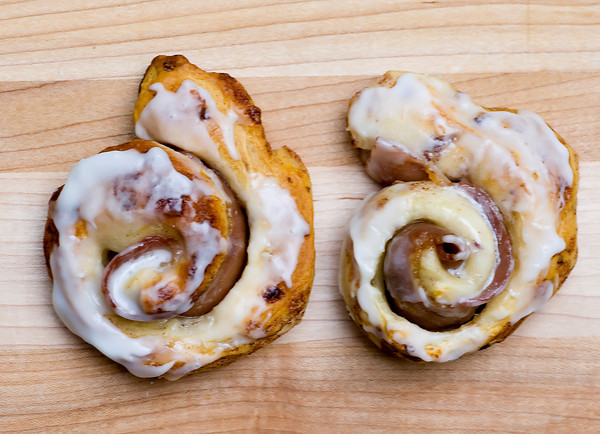 And I ate one. The Southern husband ate one. (Well, three, if we are being completely accurate.) The teenager ate one. The dog ate the last bite of mine (she was sitting at my feet whimpering and looking at me with those EYES of hers).

And it was GOOD. Oh man, was it good.

I found this recipe while doing one of my favorite things to do on the computer, which is Googling the word ‘bacon.” Because you never know…and sure enough, I came across this site called Bacon Today. They have bacon recipes, bacon products, bacon songs, bacon videos…they are very serious about their bacon. And amid all that stuff was this recipe for bacon cinnamon rolls. I was a goner from the first second I saw it…it was really only a matter of time.

A couple of notes on this one. I used the bacon straight out of the package, and after 15 minutes in the oven the rolls were nice and brown, and the bacon was cooked but not crispy. Which is fine – in our house we all happen to like our bacon on the chewy side. If you like your bacon well-done, you might want to nuke it for a couple of minutes before rolling it up into the dough. Second, don’t worry if your cinnamon roll dough doesn’t unroll perfectly. Mine came apart here and there, but just mush it back together and you will be just fine.

I think that is all I have to say about this one.