These perfect tiny banana bread ice cream shooters made with caramel sauce and walnuts are the sweetest thing you will ever put in your shooter glasses!  And they take almost no time to put together…now THAT’S sweet! 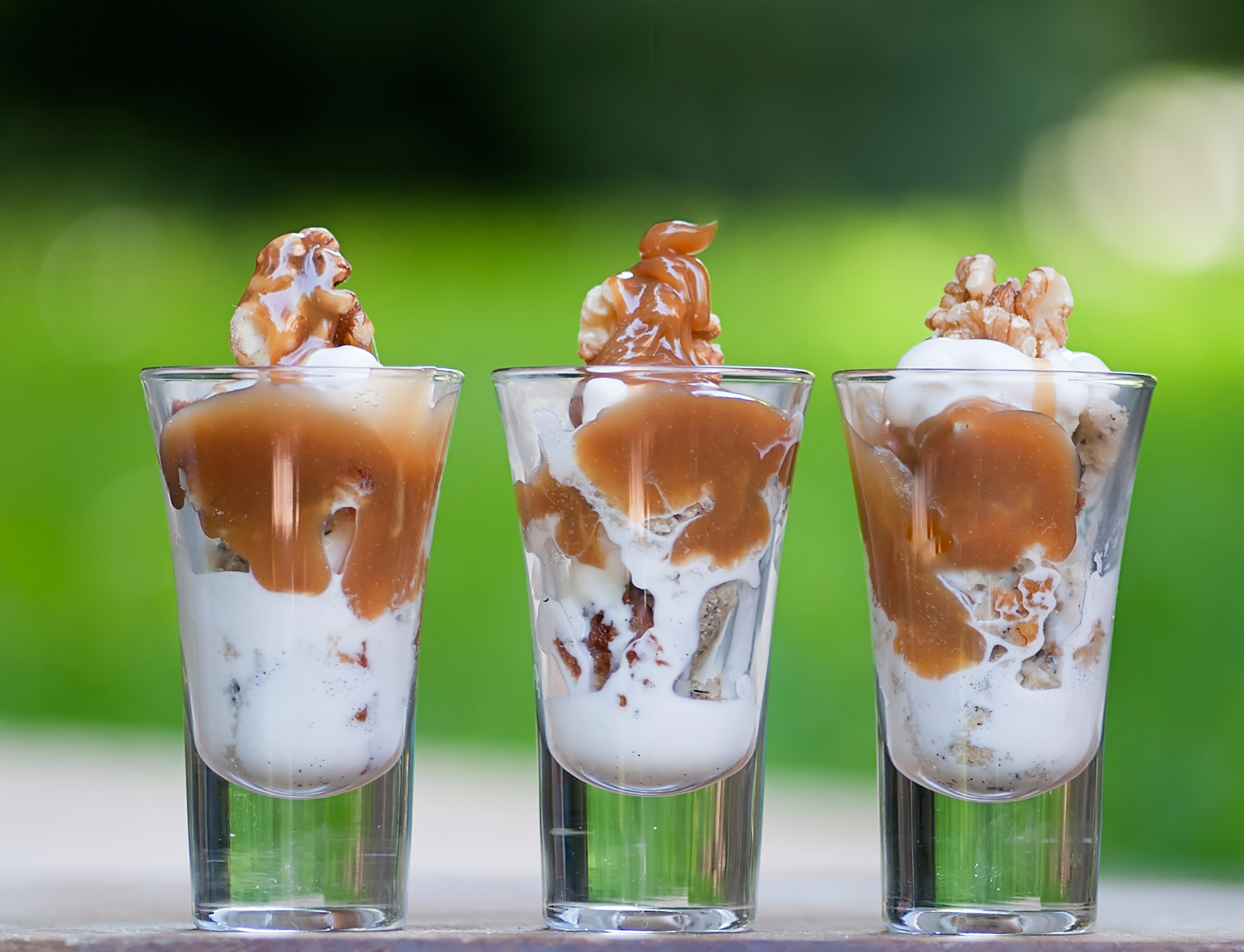 I have so much to explain about these little lovelies pictured above!  Let me start by saying exactly what they are: crumbled up banana bread layered with a little vanilla ice cream and a few walnuts, all drizzled with caramel sauce.

And served in shooter glasses, so they are just the right amount of dessert for those times when you’ve had a lovely satisfying dinner but still want just a bite or two of something sweet.  That’s the easy part to explain…but there’s more to the story!

I got the idea for these one day after I had made banana bread and was thinking about some creative things to do with it, and in my head the idea came out as “Banana Bread Ice Cream Shots.”

As in, a little bit of banana bread and ice cream and other things served in a shot glass, just like I described it above.

There was only one issue…I didn’t have any shot glasses.  Nope, I’m a red wine kind of girl, and so while I have loads of wine glasses, there was not one shot glass on the premises.

So I ordered myself some, but when they arrived the Southern daughter explained to me that I had purchased shooter glasses.  Not shot glasses. Shooter glasses.

Apparently there is a significant difference that people younger than I know all about, and clearly this was not part of the curriculum way back when I was in school.

So my recipe stayed exactly the same, except it was now known as “Banana Bread Ice Cream Shooters.”

And since the Southern daughter was so helpful with the terminology, I decided to recruit her to help me with the picture.  I had a vision of taking a picture just as the caramel sauce was being drizzled on to the ice cream.

Which was already melting.  So I clearly needed reinforcements, and I have to say, she has steady hands and did a great job of Pouring Under Pressure.

My caramel sauce needed to be heated just a little to make it pourable, which had the happy result of having the ice cream melt around the sauce and into the crumbled banana bread.

This recipe is of course endlessly customizable.

You can leave out the walnuts, or switch them out with pecans or almonds or raisins or chocolate chips.  But if you have some banana bread lurking around, I highly recommend this combo. 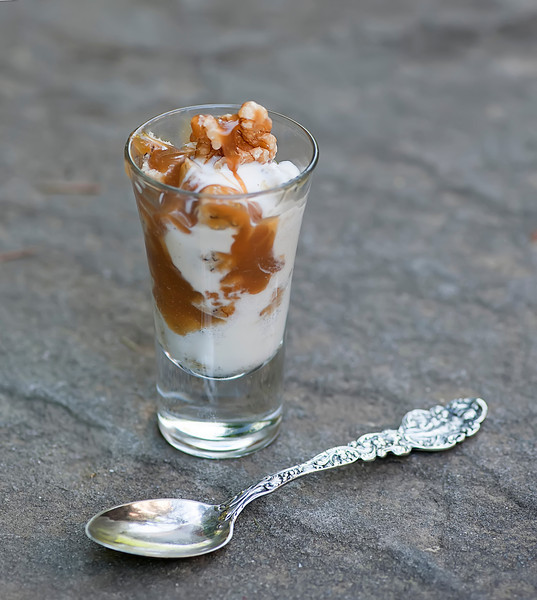 In either a shot glass or a shooter glass…your choice!  I hope this has been as educational for you as it was for me.

OTHER ICE CREAM RECIPES THAT WE THINK ARE SWEET! 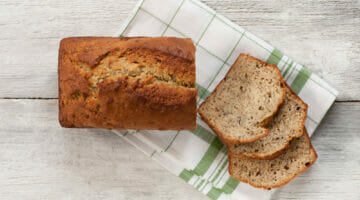 The Only Banana Bread Recipe You’ll Ever Need! 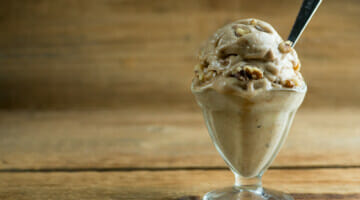 These perfect tiny banana bread ice cream shooters made with caramel sauce and walnuts are the sweetest thing you will ever put in your shooter glasses!