Why should dinner have all the fun? Hold the ketchup and bring on the bacon and eggs with this easy recipe for a bacon and egg burger!

PIN this recipe for Bacon and Egg Burgers now… So you can make it later!

In my experience, there are very few things that can’t be improved by putting bacon and soft cooked eggs on them.

Pasta.  Muffins. Grits. BLTs.  The soft cooked egg turns into a lovely cream sauce for whatever it is that you are cooking up, and the bacon is, well, bacon.

So it was only a matter of time before the bacon and eggs joined forces with a juicy burger, and (bonus points!!) this means you get to cook the burger in the bacon drippings for extra deliciousness!

I’m pretty sure this one is going to be a hit in our new multigenerational Carolina Dream house, because we are all in agreement on the wonderfulness of bacon, eggs and burgers.

We are not so much in agreement as to where socks that are peeled off at the end of the day belong.

In other Dream House news, we have entered the part where the landscaping starts!

We are going to leave a bunch of the land natural – that beautiful pine forest in back of course, and a lovely meadow on both sides where we are going to plant a few willow trees and some wildflower seeds, but some hardy Bermuda grass is going in the front yard.

Walls and patios are being built, and you KNOW I needed to add in an outside kitchen.

I’ve never had one (unless you count the Southern husband going out to the grill!) so I will keep you posted on how things roll along!

Meantime, back at the bacon and egg burger…

Here’s how you make a bacon and egg burger!

All of the ingredients in this burger are pretty straightforward – the burger itself, cooked the way you like it.  The bacon, same.  The egg, cooked over easy to ensure the nice drippy yolk.

And instead of a bun, a toasted, buttered English muffin to keep the whole breakfast-meets-dinner thing going.

First!  Cook your bacon until it is done just the way you like it.  Ordinarily I like cooking bacon in the oven, but in this case we want to do it in the pan because we are going to cook the burger in the bacon drippings.  Yes we are.

Second!  Toast the muffin until it is just starting to brown on the edges (if it’s too toasted, it will break part while you are eating your burger) and then spread it with some nice soft butter.  Put both halves on the plate and put a piece or two of bacon on the bottom half.

Third!  Cook up that burger. 3-4 minutes per side for medium rare, and do not touch it except to flip it please. We want a nice seared crust. When it’s done, pop it on top of the bacon.

Fourth!  In that same pan, cook an egg over easy.  A minute or two on the first side, just until the whites are set, flip very carefully, count to 10 and slide the spatula under the egg and put it on top of the burger.

Fifith!  Place the top of the muffin on the egg.

Sixth (and most important):  Pick the whole thing up.  Take a bite.  Have napkins at the ready.  Be very happy.

OTHER BURGER RECIPES THAT MAKE US SWOON! 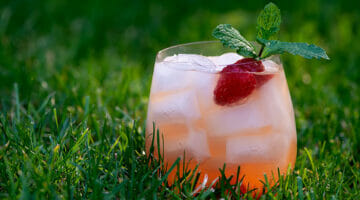 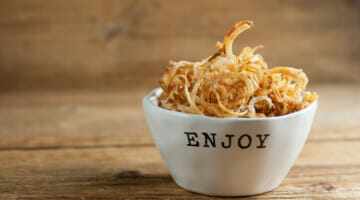 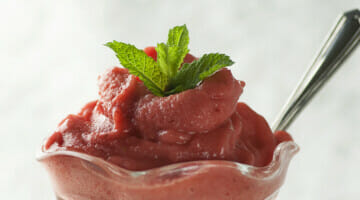 Why should dinner have all the fun? Hold the ketchup and bring on the bacon and eggs with this easy recipe for a bacon and egg burger!