Banana rum raisin ice cream is even dreamier when you don’t even need to use an ice cream maker! Make your own with this easy dessert recipe. 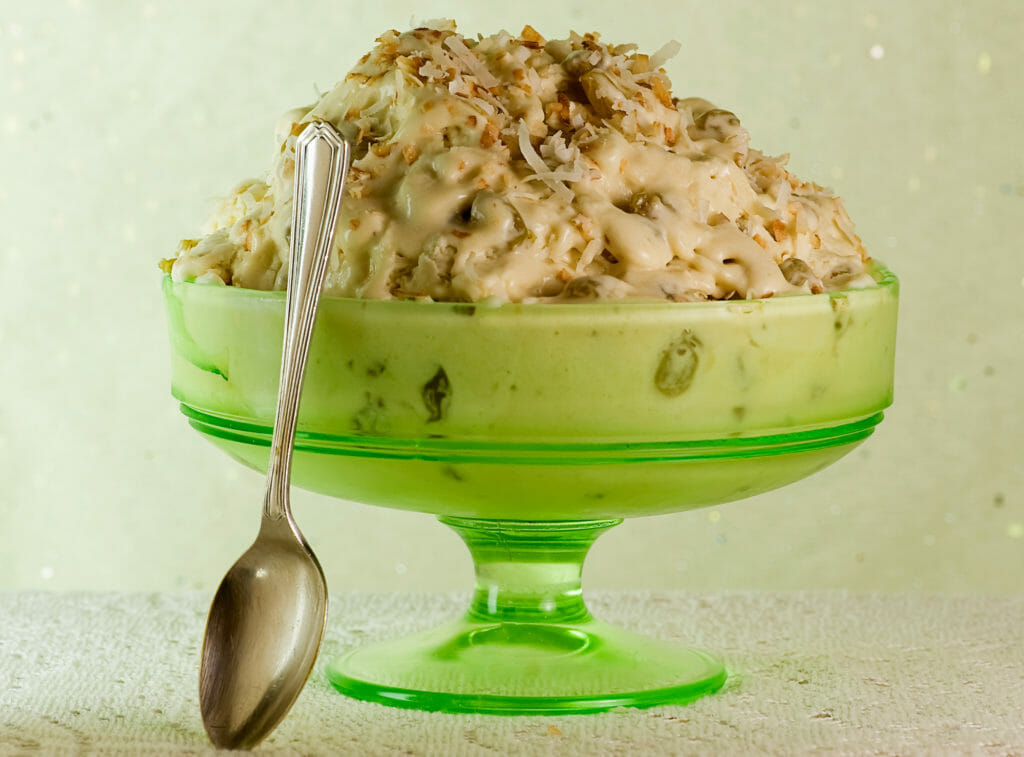 Oh, I have so very much to say about this recipe.  First of all, it’s a creamy, dreamy banana rum raisin ice cream that requires exactly NO ice cream maker.

Nope, all you need is your mixer, your food processor and your freezer, and I’m guessing you have all of those on the premises.

Second of all, I’ve now made it a whole bunch of times, and at one point I nabbed the Southern husband eating it for breakfast.  Yep, it’s that good.

However, let me roll time back to the first time I made it.  Now, one of the ingredients is (obviously) bananas.  But you can’t use any old bananas…you need them to be nice and soft and ripe.

Bananas are extremely popular in my house, and they rarely get the chance to get that ripe before someone eats them, which is usually just fine.  But in this case, I needed FOUR  nice ripe soft bananas for the ice cream, and I was a teeny bit concerned that four bananas wouldn’t make it all the way to the necessary degree of ripeness before someone scarfed them down.

So I mentioned that four of those bananas were mine.  Off limits.  Not to be eaten.  I may have said all of those things a few times, because one day I wandered into the kitchen to see this.

Yep, I live with a Southern comedian.  (And I guess he’s not the only one who thinks he’s funny, because I put this picture up on my Framed Cooks Facebook page and it got more “Likes” than anything else I have ever posted.  As if he needed any more encouragement.)

Simmer some dark rum, some sugar and some golden raisins together and let them cool for a half hour.  Meantime, take your four precious bananas and whirl them in the food processor with a can of sweetened condensed milk until they are smooth and silky.

Now whip a couple of cups of heavy cream until it’s, well, whipped.

Next,  fold the banana mixture into the whipped cream, and then stir in the rum mixture.  Your ice cream mixture is going to be a little bit liquid…no worries, it’s doing just what it should.  Pour the whole thing into a loaf pan, and cover it with plastic wrap.

Now tuck it into the furthest, coldest part of your freezer, crank the freezer up to the highest setting, and leave it alone for 24 hours.  The rum is going to need about that long to freeze up.

When you pull it out, it will be a gorgeous, soft, creamy, banana-infused ice cream, all ready to be scooped into dishes and garnished with toasted coconut.  It’s enough to make everyone in your house keep their mitts off your bananas with no wisecracks.

(I secretly love the wisecracks.  Don’t tell him.)

Banana rum raisin ice cream is even dreamier when you don’t even need to use an ice cream maker! Make your own with this easy dessert recipe.