Recipes » breakfast and brunch » Eggs in Clouds
Jump to Recipe

Make a simple egg a heavenly creature with this easy and dramatic recipe for eggs in clouds! It is like breakfast magic on a plate. 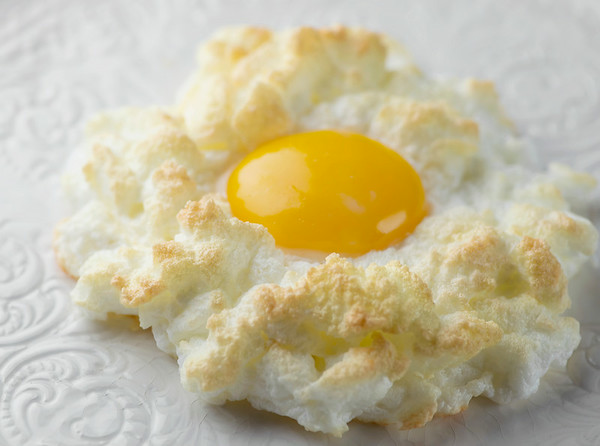 Right after I made this super, super, super simple recipe I posted that picture up there on Instagram and Facebook, and got a whole bunch of “how did you DO that??” comments, which made me both ridiculously happy and slightly embarrassed to admit how easy it is to create Egg Drama.

So I just said “egg magic” and left it at that.

And it IS kind of magical that you can take an egg and a little shredded cheese and 15 minutes later have this.  But it’s not a fantasy, it’s real…and here’s how.

Here’s How You Make Eggs In Clouds

You need: a mixer, a cookie sheet lined with parchment or a silicone baking sheet, a little shredded Parmesan cheese, and as many eggs as you want to make egg clouds of of.  One egg per egg cloud.

Now separate the eggs, putting all the whites into a mixing bowl together, and each yolk into a separate little cup.

Whip the egg whites until they form nice sturdy peaks – just like you are making meringue.  This will take a good 2-3 minutes in the mixer.  When they are whipped, gently fold in the grated parmesan.

Now divide the the whipped egg white into little round clouds on your baking sheet.  If you whipped four egg whites, you should make four clouds.  Make a little dent in the center and pop them in a hot oven for 3 minutes.

After 3 minutes, slide the baking sheet out of the oven and carefully slide the egg yolk into each little dent in the center.  Back into the oven for another 3 minutes.And that’s it!

Slide a spatula under each one and pop them on a pretty plate.  The meringue will be soft and chewy and filled with parmesan cheese flavor, and the yolk will be creamy and wonderful.

AND you will be admired throughout your house as an egg magician. Here’s a quick video to show you how simple this dreamy recipe really is… 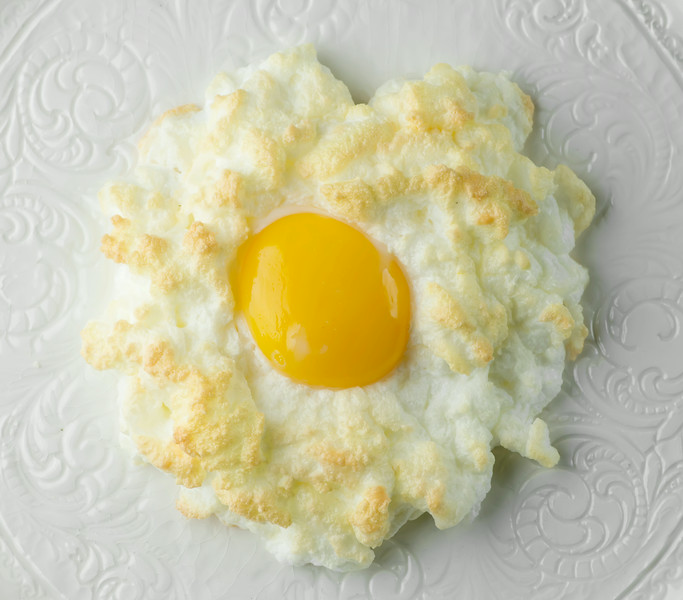 Eggs in clouds.  Because we all need a little magic in our breakfast now and then!

Make a simple egg a heavenly creature with this easy and dramatic recipe for eggs in clouds!