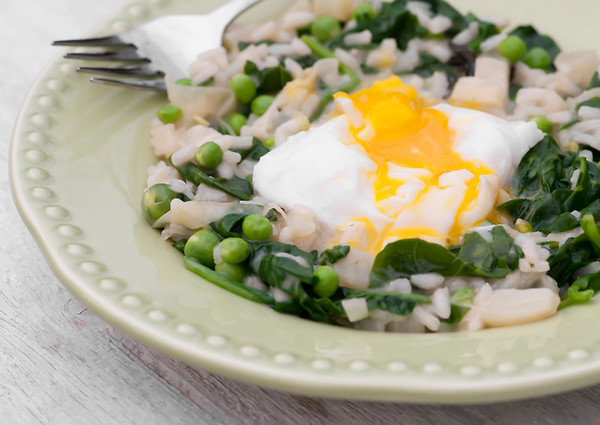 I’m finally starting to believe that the Long Winter of 2014 might actually, really, potentially be over.  My mom’s daffodils are finally up.  I can see little tiny buds on our cherry tree.  The 12 foot mound of snow that has been in our driveway for months has melted into nothing.  And so visions of spring veggies are dancing in my head…and in this particular vision, they are nestled into a creamy risotto with a poached egg melting into the whole thing.  That’s a good vision, right?  Let’s make it a reality.

First, round up some spring veggies.  You are TOTALLY allowed to mix and match, but here’s what I went with.  Our local farm market had some fresh peas.

And some fennel.  Doesn’t this look like the very picture of spring? 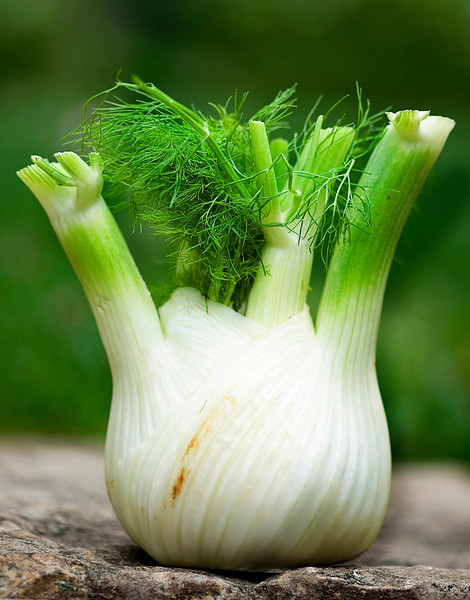 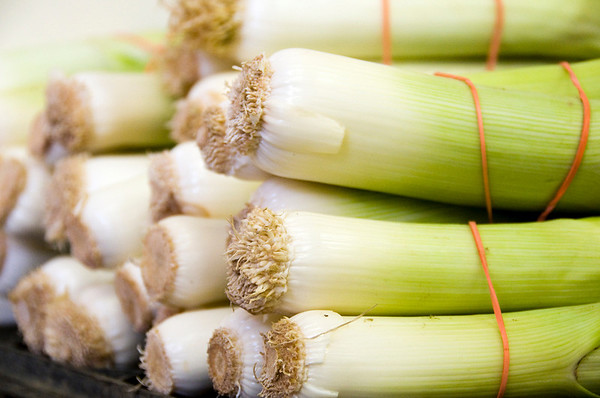 I also had some baby spinach, but it was shy and didn’t want to have its picture taken.  Otherwise known as, I may have realized after this was cooked and eaten that I forgot to take a picture of the dang spinach.

Start the risotto by sauteing the leeks and fennel in a little olive oil until they are tender. Now add in the rice and some white wine, just the way you would do with regular risotto.  Start adding in chicken broth by the cupful as your risotto cooks.  I am one of those people who does NOT think risotto needs to be stirred constantly – a little stir every few minutes or so is perfectly fine.

Meantime, poach up a few eggs…click here for my favorite, totally reliable way to poach eggs.  If they are done before your risotto, just scoop them out and let them rest on a plate – they will be fine.

When the risotto is just about done, add in the spinach and stir until it is wilted and mixed in.  Stir in a generous amount of Parmesan cheese and sour cream.  Take a taste and add salt and pepper as needed.

Now spoon it out into warm bowls, pop a poached egg on top and break it so the yolk melts into the risotto. 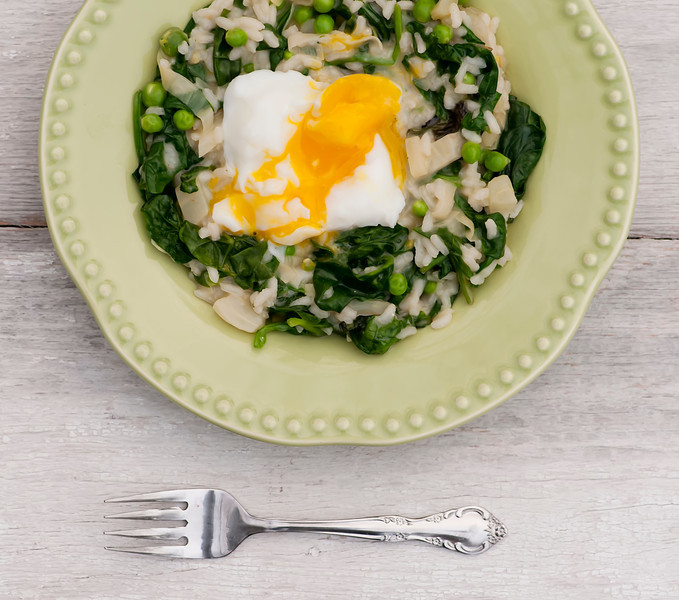 Take a bite.  Rejoice that it is finally spring.  Warm and wonderful things come to those who wait!

Inspired by the recipe in Bon Appetit