This simple recipe for grilled shrimp panzanella, otherwise known as shrimp salad with bread and tomatoes, has all the best summer flavors! 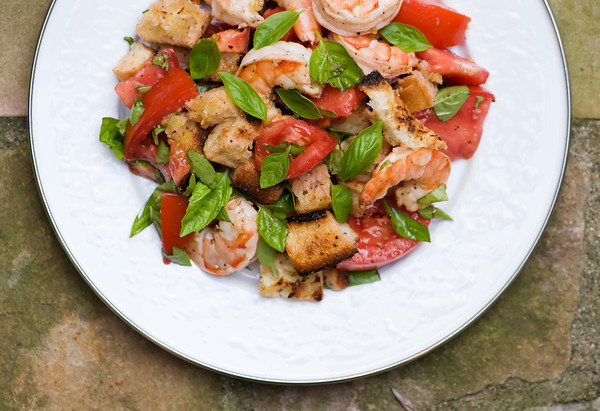 There is something about cooking everything, and I do mean everything, on the grill that makes things taste just so much better.  And as these last days of summer fade into autumn, I’m kicking ye olde grille into overtime, baby.  This recipe is a case in point…technically it is a salad, but two of the major ingredients are cooked on the grill.  (In about 5 minutes, which makes it even more enticing in my book.)

Panzanella is traditionally a salad that substitutes bread for the lettuce (how great is that??), usually tossed with some tomatoes, olive oil and a little vinegar, which in and of itself is pretty wonderful.  This particular recipe adds some shrimp and basil, but here’s the beauty part…the shrimp and the bread are cooked on the grill first.  That gives the whole thing that charred grill taste that makes everything feel like the best part of summer. 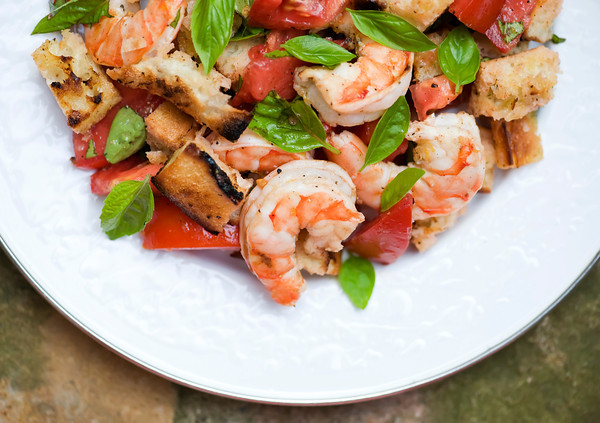 So while we still have these lazy, hazy days of summer, surrounded by tomatoes and basil, grab yourself some bread and shrimp and crank up that grill.  Salad never tasted so dang good.