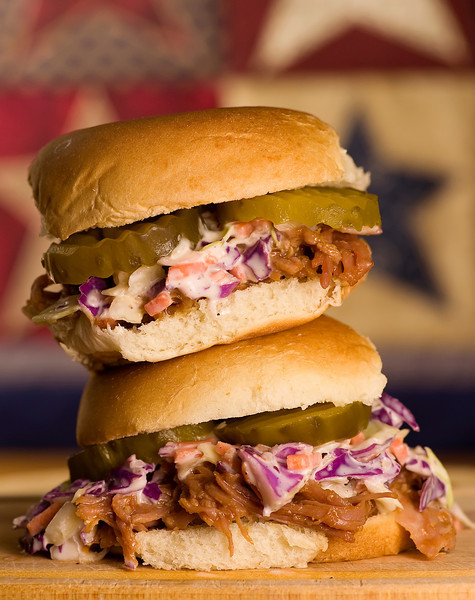 Okay, so it is a long, long, long time until summer.    My yard is covered in about two feet of snow as we speak, and my Southern-born hound dog is not happy about it.  She seems to forget from year to year that snow actually exists in the universe, and so the first time it reappears each winter she seems, well, confused.  And extremely devoted to the fireplace.

But just because the weather outside is frightful, does that mean we can’t have a little hint of summertime in the form of some good old BBQ?  Of course we can, and this recipe comes from an annual cookbook tradition in my house, and that is the CHRISTMAS WITH SOUTHERN LIVING cookbook – this time the 2010 version.  This book comes out every year, full of scrumptious recipes and decorating ideas, and while I found a number of things that were perfect for the holidays, there were also a handful of ideas for meals that are pretty tempting all year long.  Because who wouldn’t want a pulled pork slider pretty much any day of the year?

Now, this recipe assumes that you already have some of the fixings pre-made, such as the actual pulled pork.  And because you know I am mainly a “make it in 30 minutes or less” girl, I was perfectly happy to pick up a vat of already-prepared pulled pork, cooked and ready to be turned into sliders, at my local Costco.  (Of course, while I was there I also had to buy their awesome chocolate chip cookies.  And a 12-pack of Scotch tape.  And a few hundred other things that I absolutely needed.

The other thing you will need is some fabulous BBQ sauce.   In our house, that means one thing and one thing only and that is Stubbs. 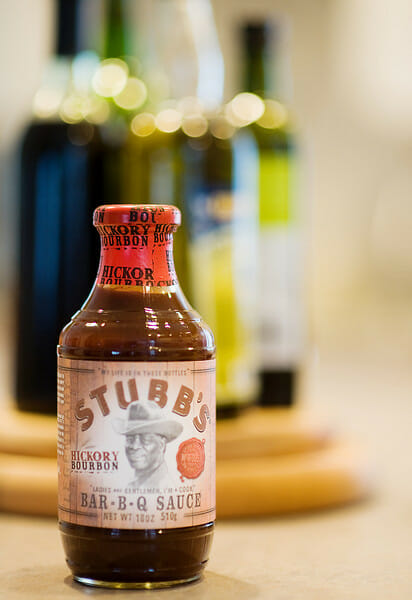 But you feel free to be you, BBQ-sauce-wise.  That’s what makes the world go round.  So once you have the bbq all warm and mixed with sauce, this recipe is all about making the slaw.  I go right for the already shredded coleslaw mix at the supermarket, although you can certainly chop up your own cabbage, and then it is just a matter of mixing that up with some ranch dressing, some crumbled blue cheese and some cooked and chopped bacon.  Grab some slider buns (I like to warm mine up first), spoon on some bbq, a little coleslaw, toss a dill pickle slice or two on top, and you are ready to rock.  Take that, never-ending winter!

Adapted from Christmas with Southern Living 2010