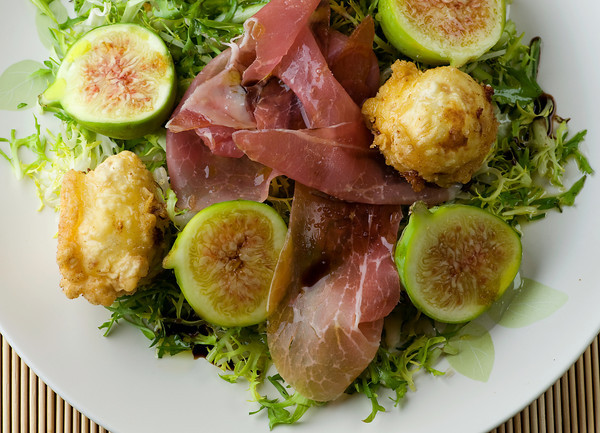 Okay, so I will tell you right now, this salad is a complete and total show-stopper.  If you are looking around for a first course to make for the holidays, look no further…you’re there.  And best of all, it is super easy in addition to being one of the best things you will ever eat that doesn’t involve either bacon or chocolate.

This recipe comes from a gorgeous new cookbook called The New Brooklyn Cookbook. 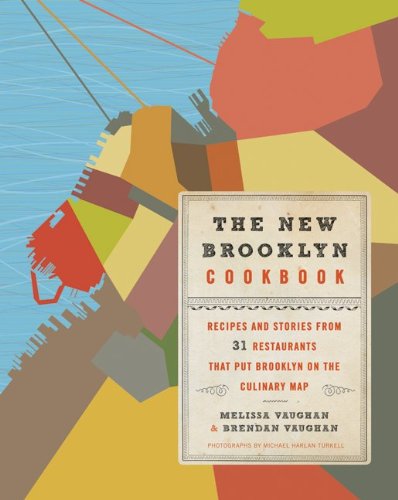 Some of my favorite people live in Brooklyn so I loved this cookbook at first sight, and once I found out the recipes were taken from some of the most fantastic restaurants in Brooklyn (Buttermilk Channel, I love you!!), I was in, and this was the very first recipe I tried from this book.  Because among other things, it involves fresh figs, which are my current obsession. 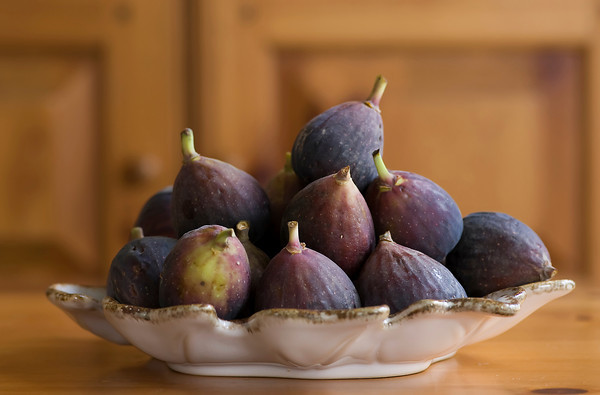 I did alter the recipe by adding a bed of chopped frisee lettuce, but that is because (after figs) frisee lettuce is my other current obsession.  It’s just so dang FANCY.  You put a nice handful of it on a plate, and then grab a few of these babies. 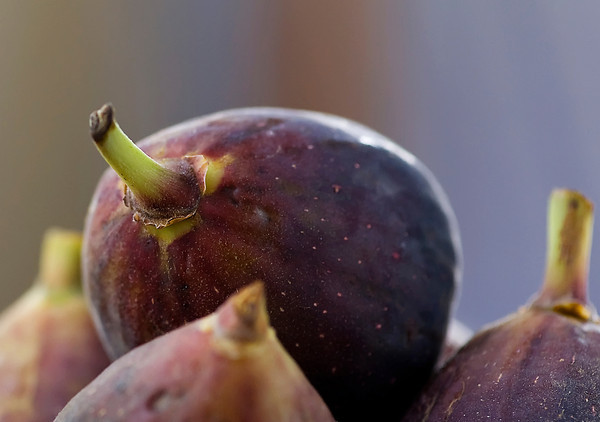 Chop them in half and pop a couple on the lettuce.  Next, take a piece of thin-sliced prosciutto and lay it elegantly in the center.  Now you are ready for the most dramatic part.  Heat up some canola oil in a saucepan until it is nice and hot – you want it to be about 350 degrees.  Roll up some soft goat cheese into one inch balls and stick them in the freezer while the oil heats up.  When the oil is good and hot, take the cold goat cheese and dunk them in beaten egg and flour twice, and then drop them carefully in the hot oil.  In about 3 minutes they will be golden brown…scoop them back out and put a couple on your plate.  Last but not least, drizzle on some honey, some olive oil and just a tiny bit of balsamic vinegar.

Now serve it up and sit back while the rave reviews wash over you.  Because they WILL.  Thank you, New Brooklyn Cookbook!