This easy recipe for cinnamon bun bread takes all the delicious flavor of cinnamon rolls and turns it into a fun snack cake!  Or bread.  Or cake.  Whatever you want to call it, it’s scrumptious! 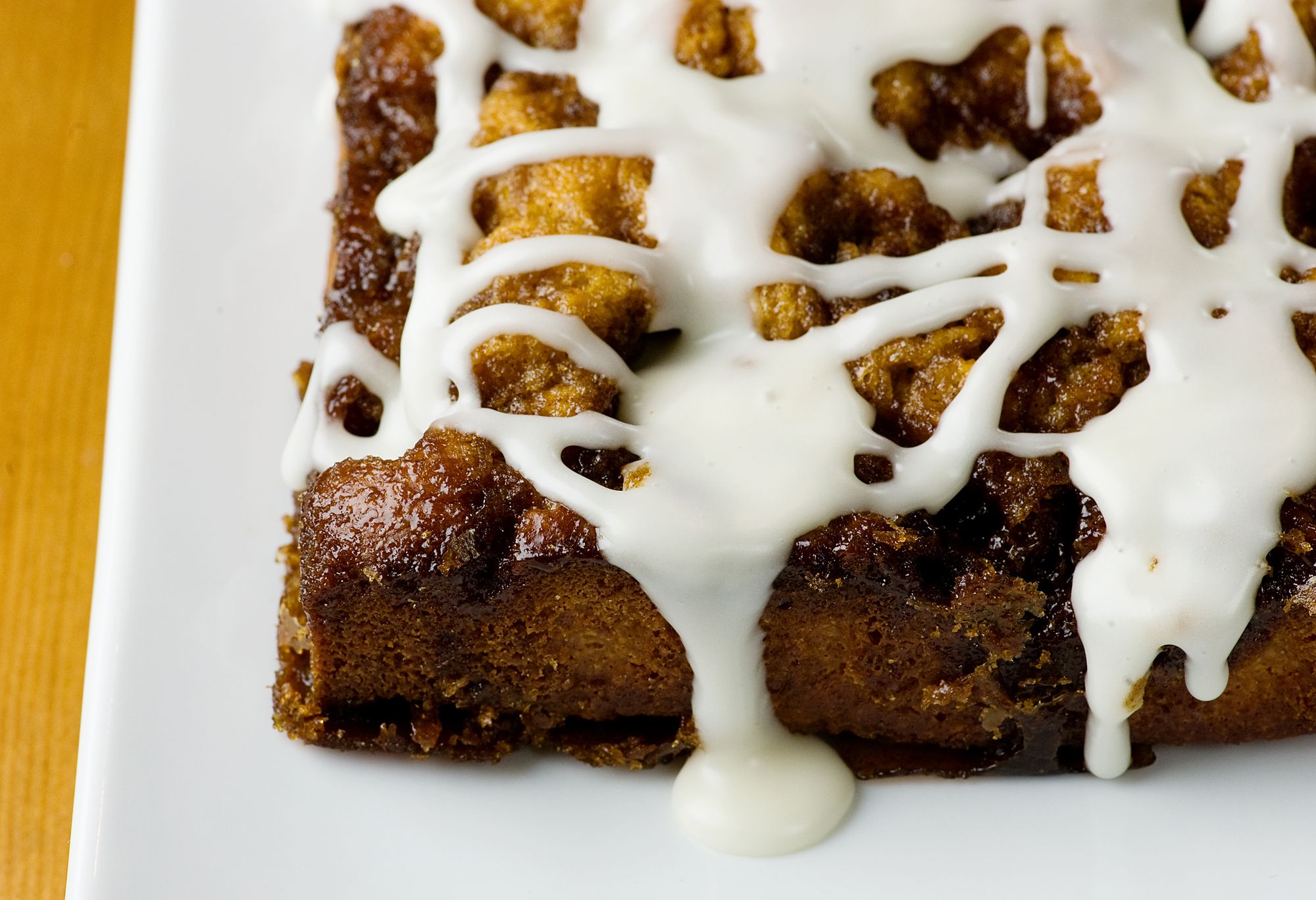 Now, I am a big fan of cinnamon rolls. Whenever I pass a Cinnabon, it’s like the Cinnabon is a giant magnet and I am just a big old cinnamon-obsessed paper clip. It’s just plain sad, the lack of self-control that I have.

But when it comes to actually making cinnamon rolls myself, my recipe goes something like this:

“Hi Mom! How are you? Oh me? I’m fine. I was just sitting here thinking about those fabulous cinnamon rolls that you make…*sigh*….”

But sadly for me, sometimes my mama is actually out of town and not sitting by the phone waiting for me to call, which is why I was forced to actually come up with my own cinnamon roll deliciousness.

This recipe has all the cinnamon-sweet flavor of those fabulous rolls — but you make it in a regular 8×8 baking pan with none of the trials and tribulations of getting those rolls rolled out just so.

The cinnamon filling gets swirled right into the dough so that when you cut into it, you get these amazing ribbons of cinnamon sugar goodness right through the center of the cake.

So on those occasions when Mom is actually out there doing something besides making me her amazing cinnamon rolls and I have a cinnamon roll emergency, I have this recipe in my back pocket. What a relief!

This easy recipe for cinnamon bun bread takes all the delicious flavor of cinnamon rolls and turns it into a fun snack cake.

For Filling and Topping